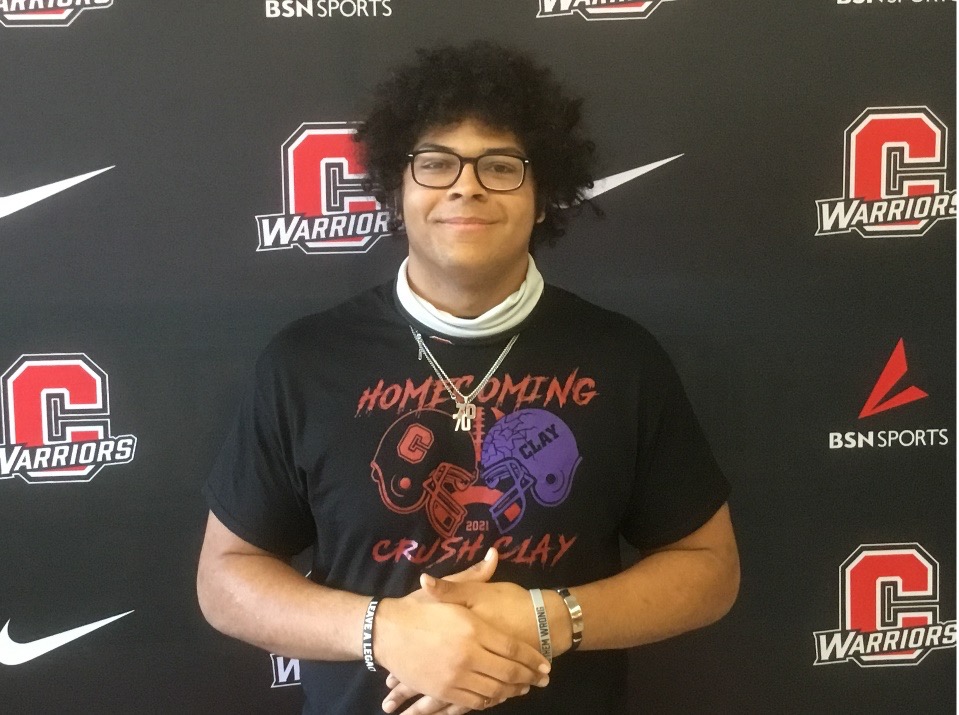 Meet George Robert Winfield IV. He is a Senior at Calumet New Tech High School. He is a real nice guy. According to teachers and counselors who work with him, he is a perfect role model.

“He is the kind of student all of the other students gravitate toward. He’s just a special kid,” said Counselor Julie Rivera.

As a matter of fact, he is also a very good football player. The 18-year-old was recently named to the Indiana Football Coaches Association 3-A Senior All-State Team for his prowess as an Offensive Lineman.

But that’s not all. Winfield is also a scholar with a 4.0 grade point average.

When asked how he maintained his high academic standards while also playing football all four years of high school, the lineman humbly admitted: “I just thank God. It’s a lot of late nights studying.”

He also credits his older brother, David, who is 10 years his senior and a former football player, for encouraging him.

Head Football Coach Cody French calls Winfield the example of what a student-athlete should be.

“He is kind of like the model of what we want all of our kids to be. He is someone I can guide kids toward when I tell them what a Calumet student-athlete should be like; he handles his business in everything and he is a leader,” says Coach French. “It goes without saying that he is a good football player, but that is just a small part of who he is. He is really just a good person. It was great to have him here in my first year as coach.”

Winfield said he thought he was having a good season, but the All-State designation came as a surprise.

“I had a couple of good games, and for the most part I thought I was playing well,” he says. “Being named to the All-State team is a great honor. I really have to thank my coaches and teammates. I would not have made it without them.”

The scholarship offers are continuing to pour in, and he has not decided where he will attend college or what he wants to major in.

“I wouldn’t mind being a social worker so I can help people,” he says. “English is my favorite subject, and I like writing and journaling. I could also see myself being a lawyer.”

As for Calumet? “I have had a good time here, with a lot of memories. But it’s time to move on to the next chapter.”