From Title IX to Angelina Lee Stankus: A CNTHS Celebration of Girls in Sports 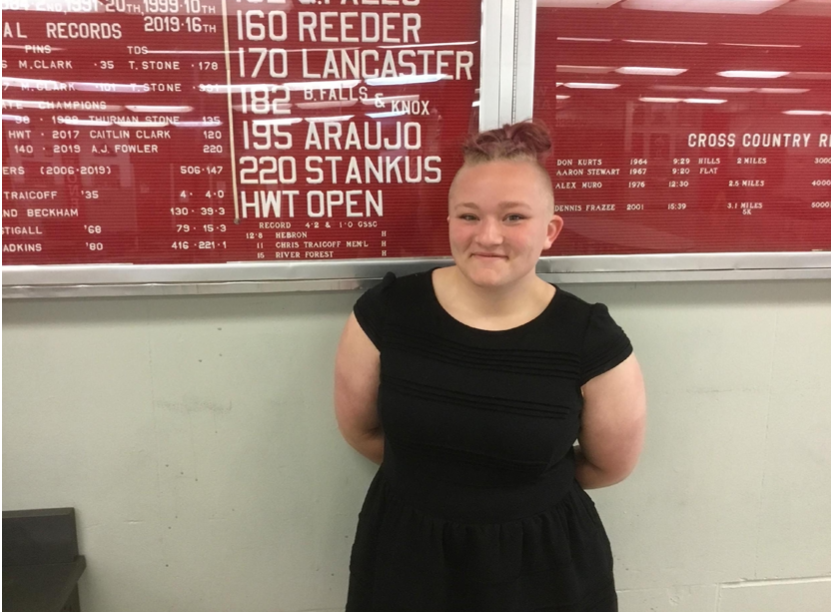 Angelina Lee Stankus becomes the fourth CNTHS athlete this school year to sign a national letter of intent to play a sport at a major university.

When President Lyndon B. Johnson signed The Civil Rights Act of 1964 into law, it was a groundbreaking piece of federal legislation. The bill sought to end 200 years of systematic discrimination from the American landscape by outlawing “discrimination based on race, color, religion, sex and national origin.”

Fearing the legislation did not go far enough, Congress passed Title IX of the Civil Rights Act of 1964, as part of the Education Amendments of 1972. In the U.S. House of Representatives, it was co-authored by Patsy Mink (D-2nd District, Hawaii) and Edith Green (D-3rd District, Oregon). In the U.S. Senate, it was authored by Indiana Democrat Birch Bayh and signed into law by President Richard M. Nixon. Its purpose was to “prohibit(s) discrimination in any school or any other program that receives funding from the federal government.”

The significance of that date was magnified on May 6 of this year, when Calumet New Tech High School Senior Angelina Lee Stankus signed a letter of intent to wrestle at Indiana Tech University in Indianapolis.

Of all sports, wrestling may be the oldest and most fundamental in its existence. Anthropologist will note that most primitive cultures held events in which hand-to-hand combat was celebrated as proof of masculine dominance within the social structure. The key word being masculine.

Upon first meeting Stankus, you notice that she is thoughtful, kind, polite, and intelligent. You would not know that she is an accomplished saxophonist in the marching and jazz bands—and that she composes jazz music.

Her high-and-tight buzzcut she sports offers the only hint that Stankus excels at a sport like wrestling.

“My hair is really long, and I had to wear a hair cap because of the wrestling guide,” she says. “Guys started pulling it down when I wrestled, so I just said, ‘I’m over it’ and shaved my head.”

Stankus has been a member of the Calumet boys’ wrestling team since her sophomore year. She freely admits that anger, not love for the sport, got her interested.

“As a freshman, I attended another school where I was sexually assaulted,” she says. “It made me want to find a very aggressive sport to seek revenge in a way, and to be able to defend myself. So, I went out for the roughest sport I could find.”

Under the stern tutelage of CNTHS Head Wrestling Coach Jim Wadkins and then-Assistant Coach Andy Trevino (now head coach at Chesterton High School), Stankus soon found out that anger and revenge had to be tempered by discipline and training.

“Coach Wadkins and Coach Trevino were as tough on me as they were the boys. They made no difference—I had to train like everybody else,” Stankus says.

She credits her friend, fellow wrestler and senior Kayden Armstrong, with helping her refuse to give up.

“He really got me into it,” Stankus says. “He would stay after school and help me train. He pushed me very hard.”

Somewhere on her journey, Stankus changed from the frightened high school freshman to the young woman she is today—confident and ready for college.

“At first I was like ‘I want to get strong and I want to be able to defend myself.’ But now, I like the competitiveness. I like to win,” she says. “I’m no longer the little girl who just wanted to defend herself. It’s weird to see how I’ve transformed over the years. I want to work for everything I’ve earned.”

Coach Wadkins is the father of two adult daughters and admittedly old school. The 1980 Calumet High School graduate wrestled for the Warriors and went on to compete at Wabash College. In his 30-plus years of coaching wrestling at Calumet, he has seen the development of girls wrestling boys.

“If you had asked me 35 years ago, I would have been against it because I thought [girls] were at a distinct disadvantage,” Wadkins says. “Over the years, we’ve had a handful of girls come out, but they didn’t make it past the first couple days of conditioning.”

All that changed with the Clark sisters, Kayla and Kaitlyn, who graduated in 2012 and 2018, respectively. They excelled on the mat and held their own against their male counterparts.

“They earned it. They both wrestled all four years. They were both honor students—Kaitlyn was our valedictorian in 2018. Kayla had 30 wins over boys,” Wadkins says.

According to Wadkins, he is equally proud of Stankus who is also an honor student.

“She finished fifth in state this year, but it was a big win because she avenged her state championship loss from the year before,” he says. “It wasn’t her best placement, but it was absolutely the best tournament she ever wrestled. She beat the girl who won state the year before.”

“I didn’t want her to do it, but she persevered and made me proud,” he says. It wasn’t easy for her. I was worried about her getting hurt, and she was. [She was] limping, using crutches, had knees out of place. But she fought through it. And now, she has a college scholarship. I’m ecstatic—she will be the first one in the family to go [to college].”