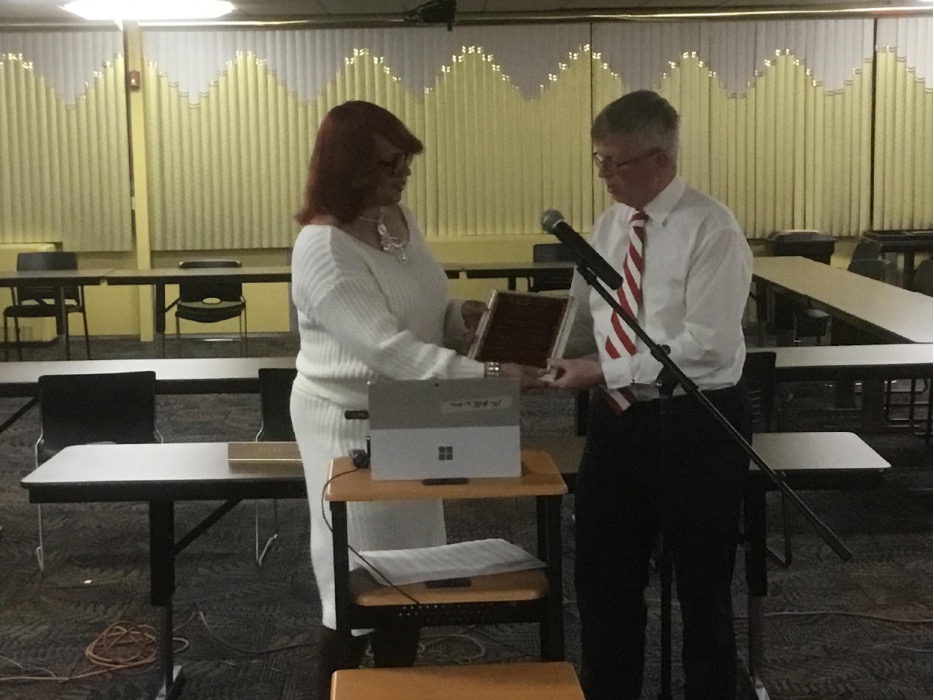 School board members new and old came together to bid a fond farewell to outgoing board member John Evans. Evans, who has served on the school board for 12 years, announced earlier this year that December 2022 would mark his last year of service.

Evans joined the board when his two sons, John, Jr. and Bill, were students coming up in Lake Ridge. His wife, Dawn, recently retired from Lake Ridge Middle School, where she served as attendance clerk for several years at the middle school.

Evan’s tenure on the board saw growth in curriculum, technology, and athletics as the district implemented the New Tech project-based model of study, adapted laptop and computer technology, and built a state-of the art football stadium and outdoor track facility.

Evans was praised by current and former board members for his even-keeled personality and ability to plan long-range school policy. Former school board president Glenn Johnson, who retired and moved to Texas in August 2022, said he made a special trip back to Calumet to celebrate Evans’ retirement.

“I had to come back. For me, John was more than just a board member, he is a friend,” Johnson said. “Over the years, I came to rely on his counsel and input on every major board decision. I am very happy for him and wish him well in his retirement from the board.”

Board president Kim Osteen has served with Evans for eight years and has learned a lot from him.

“He always keeps his cool, where I may be quick to fly off the handle,” Osteen said. “He has taught me to be calm in certain situations, even when my voice shakes and I’m afraid to say what I want to say—but to say it anyway.”

“Early on, we developed a ‘we are one’ attitude,” she said. “He has been a part of our development of New Tech (the district's project based technology curriculum model). When you call him, he is there. He believes in professional development and all the things that bring a great board together. He has been very valuable in that aspect.”

Evans said he will look back on his 12 years of service fondly.

“For me, it began about 13 years ago when I was on the parent committee and the school system was looking into going into the New Tech program,” Evans said. “i volunteered for that, and at the suggestion of my kids, I ran for the school board. I didn’t think I would be on this long, but here I am 12 years later. I want to thank the community, the administration, and the employees for their support, because without it, we wouldn’t be where we are today.”

Evans said the greatest change he has seen over his tenure is the development of technology.

“I have seen us go from chalkboards to touch screens, and it happened in just a short period of time,” he said. “For a small school system like we have here, it has been amazing to do what we have done.”

Evans said he plans to work for his church and spend more time with his family. 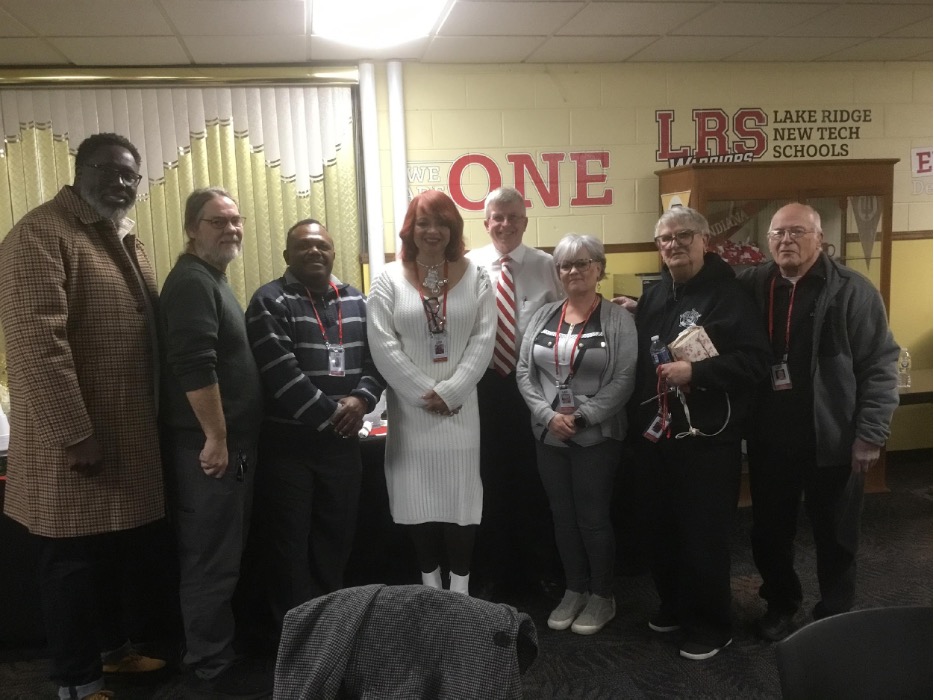