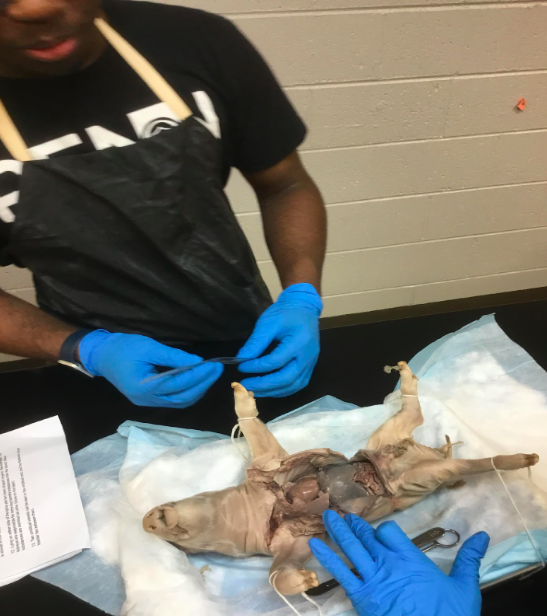 Stephens, who the CNTHS National Honor Society recently named senior class honoree for the second time in his five-year tenure, says the exercise is an important part of the bio-med curriculum

“I teach it like a CSI forensic assignment, where the students have to cut open the pig and identify its internal organs,” he says. “Pig organs closely resemble humans. So, [students] have a chance to look at the kidney, lungs, heart, intestines, and other major organs, and do an autopsy.”

The biology teacher said the piglets were stillborn and purchased from the website Carolina.com, a company that specializes in biology and chemistry instruments and specimens for K-12 schools, colleges, and hospitals.

While some students naturally considered the assignment “gross,” others took to it like med-school surgical residents. Senior honor student Caden Armstrong focused on the comparison of pig organs to those of humans.

“This more or less shows us the inside of our own bodies,” he says. “It’s interesting. It shows us what makes us, us.”

“We have to find the gallbladder,” she said. “So, I have to dab around the organ tissue so we can see it.”

In the end, the exercise had mixed results. Some students said they hope to never have to do it again, while others said they could see themselves as doctors or forensic pathologists one day. 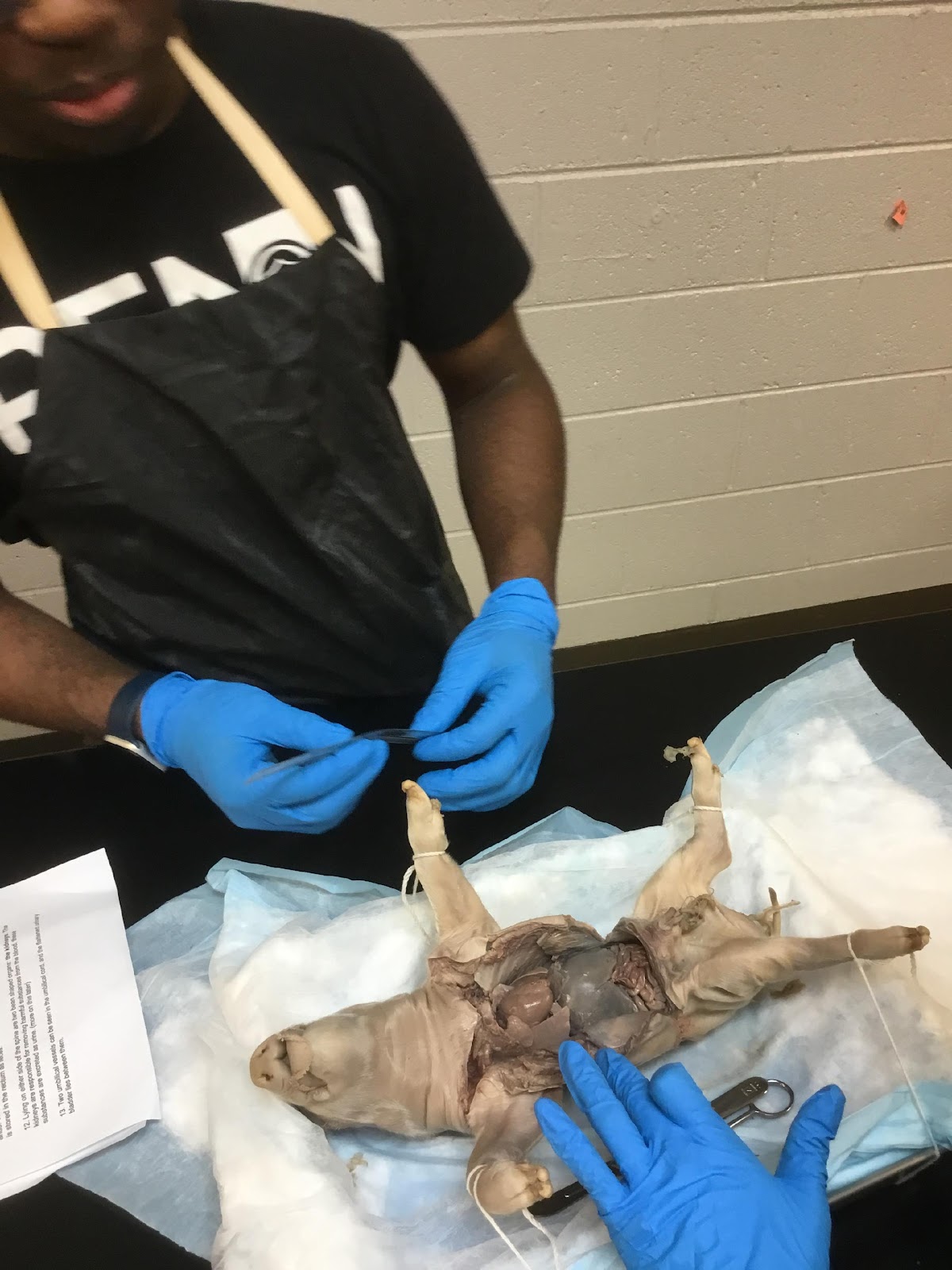 CNTHS senior Caden Armstrong performs an autopsy on a piglet in his bio-med class.